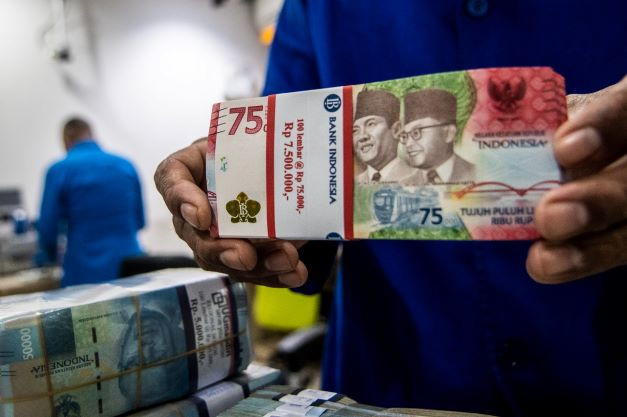 It is fair to say that there is a level of social and economic inequality within ASEAN.

Following the 1997 Asian currency crisis which exposed ASEAN’s vulnerability to cross-border capital flows, the region suffered a significant transformation from a bloc of mostly underdeveloped and developing countries into a bloc with the most dynamic economies in the world collectively.

However, rapid development has resulted in growing income disparity and high levels of inequality that undermine the fight against poverty, slow economic growth and threaten social cohesion.

It was after the Asian financial crisis that then Malaysian Prime Minister Mahathir Mohamad floated the idea of ​​having a common currency for the region. Recently, in 2019, he again reiterated this proposal, stating that ASEAN should “adopt a common commercial currency, not intended for local use but for trade settlement purposes” which would be pegged to gold, for create a currency that replaces the US dollar as the region’s vehicle currency in regional trade and investment.

Why the push for a common currency in ASEAN?

Just look at Europe, where the euro is the best example of a common currency. In the 20 years since its establishment, the euro has contributed to the stability, competitiveness and prosperity of European economies. The single currency has helped maintain price stability and shielded euro area economies from exchange rate volatility.

However, while Europe has shown that a common currency works and can work in a globalized world, caution should be exercised, as evidenced by the European sovereign debt crisis, which was indirectly caused by monetary policy of the euro which was not suitable for local markets. economic conditions.

In floating exchange rate regimes, currencies tend to be more volatile than warranted by the economic fundamentals of an economy. This is especially true of small developing economies with thin capital markets.

Many emerging market economies (EMEs) in Asia hold large reserve assets denominated in US dollars as a means of self-insurance against possible financial instability. With this dependence on the US dollar, Asian countries are highly exposed to shocks arising from changes in economic policy and conditions related to the United States. Our economies are subject to “global financial cycles” in capital flows, asset prices and credit growth.

Developing countries with large unhedged foreign currency liabilities, therefore, often ‘fear to float’. The monetary policies of these countries tend to be pro-cyclical rather than counter-cyclical. Contrary to the expectations of proponents of floating exchange rate regimes, flexible exchange rates have often become a source of shocks rather than a shock absorber.

Steps have been taken to ensure greater monetary integration in the region. In 2000, ASEAN plus China, Japan, and South Korea (ASEAN+3) created a network of bilateral currency swap agreements to provide short-term liquidity in the event of a future crisis. This network eventually evolved into a more formal facility known as the Chiang Mai Initiative Multilateralization (CMIM). The ASEAN+3 Macroeconomic Research Office (AMRO) was established in 2011 to conduct regional monitoring and support the initiative.

Individuals will also benefit since they will no longer have to change money when traveling in the region and will be able to compare prices more easily. For example, in a country like Thailand, located in the middle of ASEAN, a common currency could promote intra-ASEAN commercial interests for the country.

Services such as health care, education and tourism will potentially become more affordable to other ASEAN citizens, increasing demand in these sectors. Labor and talent can be easily exchanged, leading to greater job opportunities and increased economic integration among ASEAN countries.

With ASEAN on track to become the world’s fourth largest economy by 2030, it is tempting to think that a single ASEAN currency could become one of the world’s major currencies. While it already absorbs nearly 13.7% of foreign direct investment, a common market could further strengthen ASEAN’s role as a global player.

However, maintaining a common currency at a practical level might be more difficult than adopting it.

According to Asian Development Bank report, factors that currently impede adoption include the varying level of economic development among countries, weaknesses in the financial sectors of many countries, insufficient “pooling mechanisms” and competent institutions needed to a monetary union. More importantly, the region lacks the political prerequisites for monetary cooperation, according to the bank.

The great diversity of economic development adds to the complexity. Singapore, the most developed of them all, has a per capita income nearly 60 times that of Myanmar, with Vietnam, Indonesia and Malaysia being among the best performing states among most ASEAN members.

A common currency needs robust financial systems and markets, as well as strong institutional support. Not all ASEAN countries have such institutions to deal with threats to the financial sector, which have multiplied in recent years.

Then there is the lack of control over national monetary and fiscal policies, restricting the sovereignty and autonomy of governments. Not all ASEAN members are ready to accept this in the blink of an eye.

Perhaps the implementation of a digital currency, which countries like Singapore and Cambodia are currently exploring to improve payment efficiency, could be the key to solving the problems posed above. Digital currencies and other innovations in payment systems could speed up domestic and cross-border transactions, reduce transaction costs, and ultimately expand access to the financial system for poor and rural households.

The writer is founder and executive chairman of QI Group.

Williamson Memorial Hospital to reopen with $2 million in federal funding

Holders, sellers and buyers of sushi