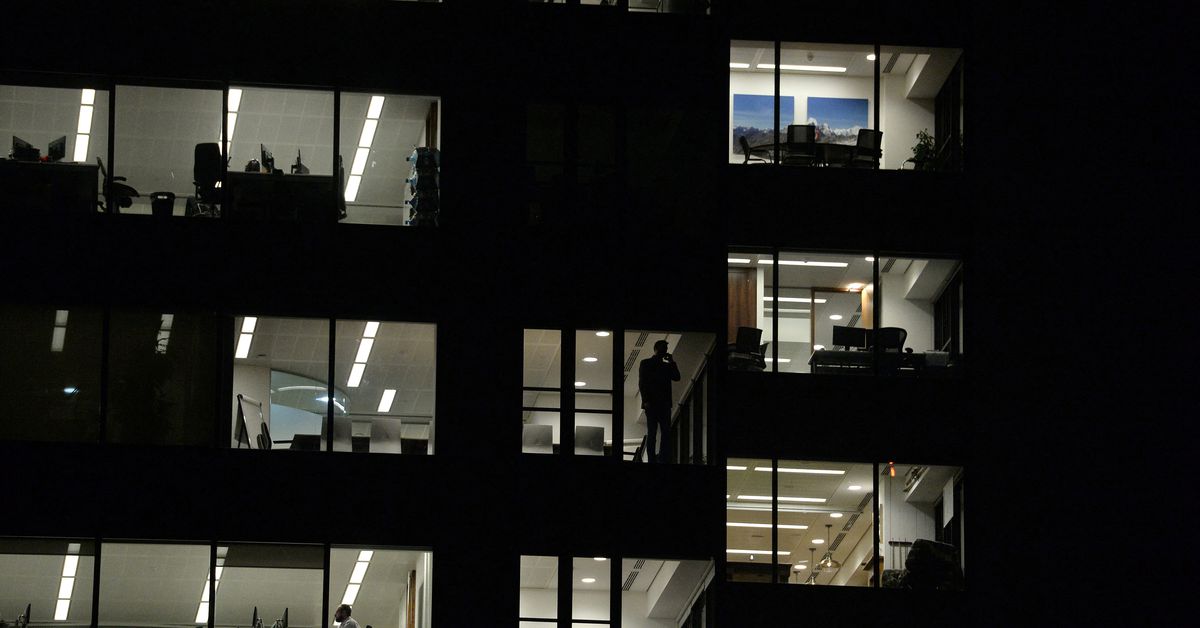 At the top of the banks of Europe, it is still a world of men

The 25 largest banks by assets have seen 22 CEO and chairman changes in the past two years, including announcements of upcoming appointments, according to a Reuters study of industry leadership positions . Twenty-one of those 22 jobs went to men.

Only one lender – Britain’s NatWest (NWG.L) – has a female CEO, while two – Spain’s Santander (SAN.MC) and Dutch Rabobank – have a female head of their board.

“Tim is leaving, so who looks like Tim?” said Claire Godding, former longtime head of diversity at BNP Paribas (BNPP.PA) in Belgium, citing unconscious bias as the main culprit.

“It’s usually not a Sarah.”

The review, on International Women’s Day, only gives an overview of the industry, but shows how far banks must travel to achieve equality at the top.

He suggests that while Europe is making progress in diversifying its C-Suite, it has fallen behind Wall Street in an area that could give it a competitive advantage.

Some of the most stubborn obstacles to change revolve around the intangible work culture in institutions long dominated by men, such as bosses favoring staff who stay late, according to interviews with more than two dozen experts, including senior executives. , board members, investors and academics.

There is a greater degree of diversity within the extended management teams of European banks, which typically include around 10-20 senior executives under the leadership of the CEO.

The review revealed that women make up approximately 25% of these teams. Yet Europeans trail the eight US banks with major global reach – including JPMorgan (JPM.N) and Citigroup (CN) – where the share averages 30%.

The data, collected by Reuters through early February, does not reflect pending appointments that will affect the gender diversity of several lenders. Some banks said they already have female top managers lined up in the coming months.

In European banks, the most common managerial position held by women was that of human resources director, a position which, according to industry experts, does not generally involve the level of operational experience that would make it possible to become a future CEO or president.

‘THE ROOM IS SUDDENLY SILENT’

Kristine Braden, head of Citigroup Europe, sees training as a crucial tool to raise staff awareness of the gender dynamics at play.

“When I moved to EMEA, I became the first woman appointed to one of our executive committees. I remember going to my first meeting and looking forward to meeting everyone,” she said.

“What had been a room full of happy banter suddenly fell silent.”

“Men and women develop relationships in different ways. When a woman wants to establish a rapport with another woman, she may compliment her in some way,” Braden added. “Men often joke around with each other. Building professional gender relationships requires building trust with each other.”

Citi CEO Jane Fraser, who made history when she became the first female chief executive of a Wall Street bank a year ago, recognized the flexibility of working early in her career when ‘she had young children as a key factor enabling her to rise to the top.

“That phase for me of working part-time, but being able to be with the kids when they were very small, was very valuable,” Fraser told a conference shortly after being named Citi’s new CEO, making referring to his time at the consulting firm. McKinsey.

“Honestly, I don’t think I would be here today if I hadn’t.”

The campaign for equality goes beyond social justice.

“We view a lack of diversity as a lack of competitive advantage over time,” said Stephanie Niven, global sustainable equity portfolio manager at investment manager Ninety One. “Broadening voices in a room expands understanding and context for decision-making.”

BOOST IN BOARD ROOMS

Women are closer to parity on bank boards, in part because these oversight committees are at the center of governance scrutiny by policymakers and investors. Female representation is around 37% on both sides of the Atlantic.

“We vote on board members, so the pressure is on the board first,” said Vincent Kaufmann, director of proxy advisor Ethos. “But I can imagine that once we resolve these issues, progressive investors will start to focus on management in the years to come.”

Some of the industry figures interviewed cited the overriding focus on board diversity as one of the reasons for the lack of progress in the C-Suite.

“With this push for more women at board level, I think there was an opportunity for women,” said Simone Stebler, head of financial services and legal practices at executive search firm Egon. Zehnder in Switzerland.

“But there was also the demand for them to step down from their leadership roles and into the board, sometimes even without having passed that executive committee rank.”

Globally, a 2021 study by financial think tank OMFIF found that European commercial banks perform above average on board representation, but lag behind their peers. from North America, Asia-Pacific and Emerging Markets at the executive committee level.

Despite efforts by policymakers to reform banking culture, the European industry still rewards rigid working hours, which often favor men, according to many respondents.

And an “old boy” network of men helping each other advance in their careers is still alive and kicking, they said.

“Every year, many talented women leave universities and schools – too few are visible after 10 or 20 years,” said Gertrude Tumpel-Gugerell, a former member of the European Central Bank’s executive board, who now sits on the supervisory board. of the German Commerzbank.

Still, redesigning a company’s DNA is a long-term undertaking, several interviewees said. Building a diverse slate of candidates for leadership positions can take many years as it often relies on a pool of experienced middle managers.

“The easiest part is achieving gender diversity at the board level, the hardest part is actually at the second and third layers of an organization,” said Gavin Rochussen, CEO of the manager. of London-based fund Polar Capital.

Former BNP Paribas executive Godding, who now focuses on diversity within Belgian financial sector lobby Febelfin, said some executives were unaware of the scale of the challenge.

“Most banks find they have two or three glass ceilings instead of one,” she said. “They are losing women in middle management.”

“FEEL IT IN THE BANK”

“We take this commitment seriously, recognizing that meaningful progress does not come from quotas but from establishing a fundamental culture shift within our company,” he said.

Elena Carletti, a finance professor at Bocconi University who joined UniCredit’s board in 2019, believes significant change can happen quickly if the will is there, citing progress made by the second-largest bank in Italy under Orcel and President Pietro Carlo Padoan, both appointed last year.

Of the 25 banks surveyed by Reuters, UniCredit has made the greatest progress at senior management level since 2019, increasing female representation from 4% to 40%.

Carletti said almost half of the CEO’s direct reports were women, compared to one under his predecessor.

“The change has been dramatic, and you can feel it in the bank.”