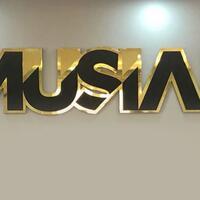 The Association of Independent Industrialists and Businessmen (MÃœSÄ°AD) called on its members and the business community to reduce their prices following the fall in exchange rates.

“We will show our determination in the fight against inflation by announcing our members, who have taken responsibility and revised their prices down due to the alleviation of the pressure of the exchange rate on the costs, through our accounts of social media, â€he said in a statement.

MÃœSÄ°AD, which was founded in 1990, has over 11,000 members representing over 60,000 companies.
â€œWe are proud that our call was answered quickly. Our members have started to support our call with price reductions, â€said Mahmut AsmalÄ±, Director of MÃœSÄ°AD.

“I think our campaign will continue to snowball, and not only MÃœSÄ°AD members but all companies operating in our country will join it,” he added.

The Turkish lira has gained nearly 44% against foreign currencies this week, hovering around 11.45 against the US dollar and 13.03 against the euro on December 24.

Apple also announced that it would cut the prices of its products by about 25%.

Many car brands have started to lower car prices between 10% and 40%, according to media reports.

The Confederation of Building Contractors (Ä°MKON) called on suppliers to reduce material costs. The price of iron has fallen from 14,150 lire per ton to 10,000 lire per ton since December 20, Ä°MKON director Tahir TellioÄŸlu told the daily HÃ¼rriyet.

Gasoline prices have been lowered from Lit 1.63 per liter to around Lit 11.61 in Istanbul and Lit 11.69 in Ankara, however, these reductions will not be passed on to prices at the pump due to a regulation which adds the deduction to the special consumption tax.

B + E CEO Camille Renshaw named executive of the year