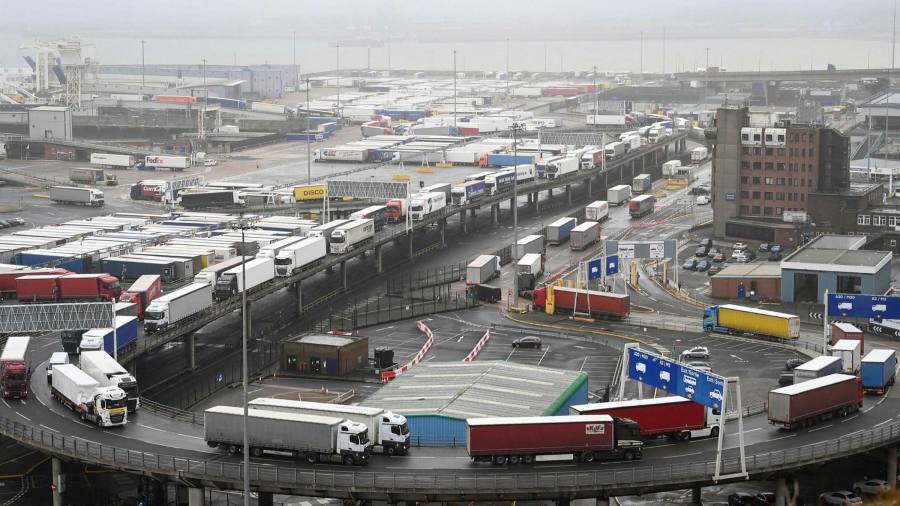 According to a survey, UK businesses are skeptical that the government and the EU are addressing issues at the UK border and instead believe it will be their job to reduce costly delays.

ClearBorder, a training consultancy, surveyed 150 mostly small businesses and found that only a third of respondents were “very or somewhat confident” in the government’s ability to improve import procedures and export. But there were higher levels of trust in suppliers and the logistics industry.

The report comes after new Brexit customs checks were introduced on January 1 on goods entering the UK from the EU. Some companies have complained that the additional paperwork requirements have caused blockages.

Christopher Salmon, founder of clearBorder and former adviser to Brexit minister Lord David Frost and Cabinet minister Michael Gove, said the government ‘needs to take its finger off’ if it hopes to implement its 2025 border strategy , which envisages a single interface for all customs declarations.

“It’s all pretty obscure and outdated at the moment. . . you have systems that cannot communicate with each other,” he said.

“Things won’t go back to how they were, but they can be much better than they are now,” he added, pointing to the creation of HMRC’s online tax self-assessment system as a model.

More than four-fifths of survey respondents said they had experienced delays in importing goods since January 2021, and two-thirds had encountered them when exporting.

Meanwhile, a third have had their goods rejected or confiscated while half of perishable food importers said they have seen items become unsaleable due to delays.

“There may not be the long queues of trucks at ports that some predicted, but [that] doesn’t mean there aren’t problems,” Salmon said.

“Instead, the impact of delays ripples through the supply chain,” he added. A majority of companies now hold more inventory, which consumes more working capital, and 38% said they had set up a subsidiary in the EU to facilitate the process.

Salmon added that companies have reported experiencing delays since document checks began in January. He attributed this in part to less awareness of the new requirements among overseas suppliers, particularly among smaller businesses, but added that “there has been a spirit of confusion as everyone learns to cross the border “.

“The difference is that this time the UK is in control of the pace of implementation,” he said, contrasting his “pragmatic” approach to the EU’s introduction of comprehensive checks in January 2021.

So far, UK authorities have prioritized the flow of goods and physical inspections of items entering the UK from the EU, as opposed to just accompanying documents. Additional customs regulations are expected from July 1.

However, Salmon said if border processes could be speeded up, the UK would have valuable software and expertise it could sell to the rest of the world.

“I can’t think of a trade border anywhere else in the world where such a volume of trade passes at such a pace,” he said of the Strait of Dover.

easyJet completes Airbus A319 sale and leaseback agreement with Aergo

Western sanctions aim to isolate Putin by undermining the ruble