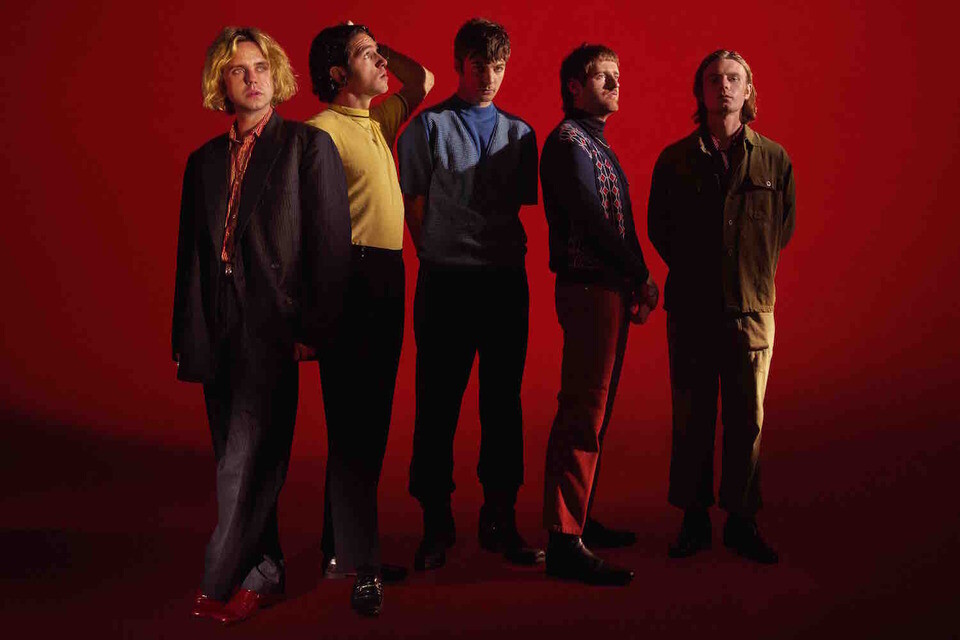 Has Fontaines DC reached the ceiling of its success? The band’s debut singles generated a tsunami of the most valuable currency for a new band: hype. As a result, they bypassed the appreciation of Dublin stages and the cult status for rock ‘n’ roll stardom next door.

There were two acclaimed albums, arena tours, performances on late-night American talk shows. But through it all, I sometimes wondered if it was as far as five guys making rickety post-punk songs could go. Perhaps Fountains DC, like The Strokes and a hundred other bands before them, had reached the outer limits of their appeal early in their life.

We tend to think of dramatic Bowie-style reinvention as the barometer of artistic genius and a prerequisite for longevity – you change or you wither and die. That’s not entirely accurate, and in fact the myth of reinvention can skew really good bands into areas they’re not comfortable with. I swear, on some albums you can feel the presence of the producers and label execs in their ears: “Okay guys, this is your third record. It’s time to add the synths. On their third album, Lean fia, Fountains DC wisely avoids the temptation of metamorphosis. Instead, they modify the formula before it starts to crack and break down.

The armament remains guitars, drums and bass, but the arrangements are more grandiose than before. The edgy punk energy was removed, replaced by more epic soundscapes. Crucially, for all upgrades, Lean fia sounds like a Fontaines DC record. The ambition to grow – and the inevitable shift in their worldview that accompanies success – has not yet disconnected the band from its origins.

The title track offers the most jarring customization of the FDC sound. A sloppy tongue session between dance music and rock reminiscent of songs by The Rapture, Primal Scream and Kasabian. Conor Deegan III’s bass is muscular and relentless; Tom Coll’s drums feel bumped within an inch of their existence. The grating sound of distortion and razor wire guitar lines add to the sense of danger, as if you’re walking through a bustling factory with no clothes on.

Better still is the doomed ballad “Big Shot.” Muffled guitar chords fill the horizon as vocalist Grian Chatten drops his voice into his deepest caverns. Fontaines DC is unmistakable for any other band on the planet primarily because Chatten is such a singular vocalist. But while his style once seemed more instinctive than technical, on “Big Shot” he offers theatrical crooning suited to the arrangements.

To be critical, Chatten’s metaphors haven’t always hit the mark and his imagery can sometimes wither. But he’s a literate lyricist, with a pen steeped in a romanticism for Dublin and fears about its future that naturally appeal to people sickened by gentrification and hurt by the housing crisis.

There’s “I Love You,” one of the band’s greatest accomplishments. The simple title conceals the density of the themes. “The first overtly political song we’ve written,” said Chattan, and he’s happy to name what he sees as Ireland’s problem: “the gall of Fine Gael and the failure of Fianna Fáil”. His critique isn’t just wishy-washy: “And they say they love the land, but they don’t feel it lost/Hold a mirror to the young and they’ll only see their face,” shouts Chatten. That is, the children are on their own, no government help is coming.

The desire for Ireland binds the album: four-fifths of the band, including Chatten, now live in the UK. “And I loved you like a penny loves a priest’s pocket/And I’ll love you till the grass around my tombstone is dead,” he sings to his homeland on ” I like you”. It almost sounds like an apology for leaving.

Then there is “In ár gCroíthe go deo”. Chatten’s unusual sense of melody is wonderfully countered by the floating Beach Boys-esque harmonies of Deegan III and guitarist Conor Curley. As explained to Rolling Stonethe song is inspired by Margaret Keane, an Irishwoman living in Coventry whose family was initially forbidden to include the phrase (which translates to “in our hearts forever”) on his tombstone in case it is perceived as a political slogan. Chatten spoke candidly about the upsetting incidents he experienced as an Irishman in England and so it is easy to understand why he saw Keane’s story as a microcosm of what is perhaps a new understanding of the life in the fallout of Anglo-Irish history.

For a happier description of expat life, there’s “Roman Holiday.” A song about wanting to ’embrace London as Irish’, Chatten encourages a girl, ‘go before things go away… put on your high heels’. In terms of positivity, that’s probably as close as Fontaines DC will get to an anthem like Supergrass’ “Alright.” The band may never cultivate a sound that brings them a higher level of fame, but three albums and they haven’t grown boring in their consistency yet. Lean fia proves that their heyday isn’t over or isn’t over yet.