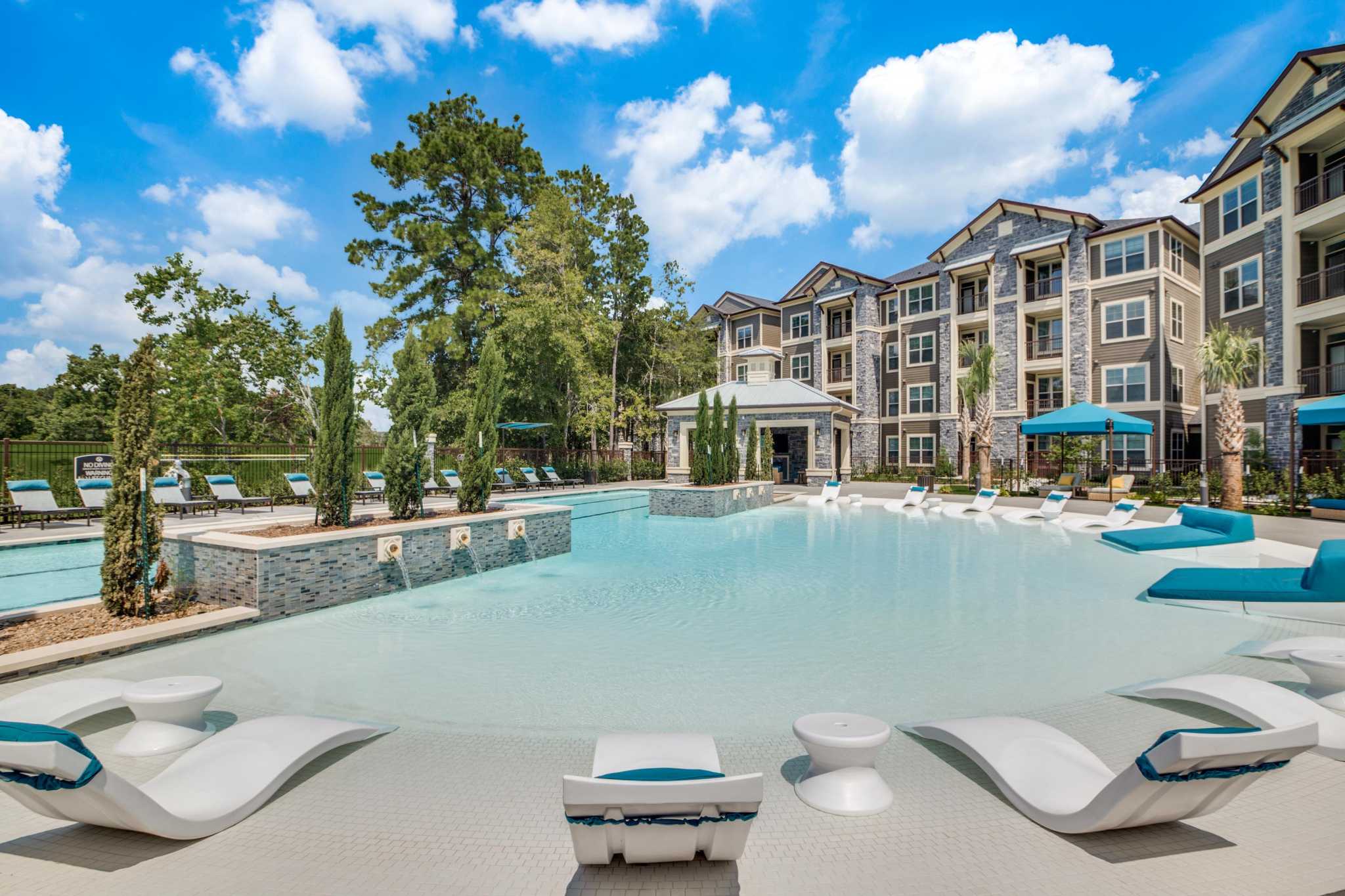 The company plans to occupy approximately 10,000 square feet in the building, which was completed in 1981 and is 65% leased. Rick Goings and Jack Moody of JLL Capital Markets represented the seller, an entity controlled by Bridge Investment Group’s Debt Strategies team. Avison Young’s Josh Morrow and Collin Roach represented the buyer.

Based in Dallas Civitas Capital Group acquired Park at Tour 18, a 241-unit apartment community on a golf course at 18110 Hunters Terrace Drive in Humble. The property was developed by Houston-based BHW Capital in 2020. Houston-based Mucasey and Associates was the architect and Blazer was the general contractor. Formed by Martin Bronstein and Ralph Howard in 2012, BHW Capital has completed three multi-family developments and has another under construction.

Based in Houston D’Agostino Cos. opened The Reserve at Cypress, a 300-unit apartment complex located at 20130 Schiel Road in Cypress, adjacent to the planned community of Fairfield. JLL’s Chris Bergmann Jr. represented D’Agostino Cos. in the acquisition of the land, which was completed in June. Oden Hughes Taylor is constructing the project, which is scheduled to open in January 2023.

Based in Houston Satya purchased 50 acres for retail development at the northwest corner of Interstate 45 and FM 1375 in New Waverly, about 55 miles north of Houston. The land was purchased from Rockpoint 1375 and is part of a planned 688 acre development. Satya, who made the purchase through his entity NW Project Ltd., expects to begin construction in the summer of 2023.

Based in Houston Venterra Real Estate acquired Stoneridge on 8, formerly Coming to Stone Park, a 480-unit, three-story apartment complex at 6160 E. Sam Houston Parkway North. The property was built in two phases in 2004 and 2007.

Commercial Real Estate Junction Reed Vestal and John Erck acted for a subsidiary of Junction’s private equity division in the acquisition of 29.5 acres of land at Texas 6 and County Road 146 in Alvin. Rebecca Giamfortone of Reward Realty represented the seller, Helton Properties.

Business Loan Qualifications: How to Qualify for Financing