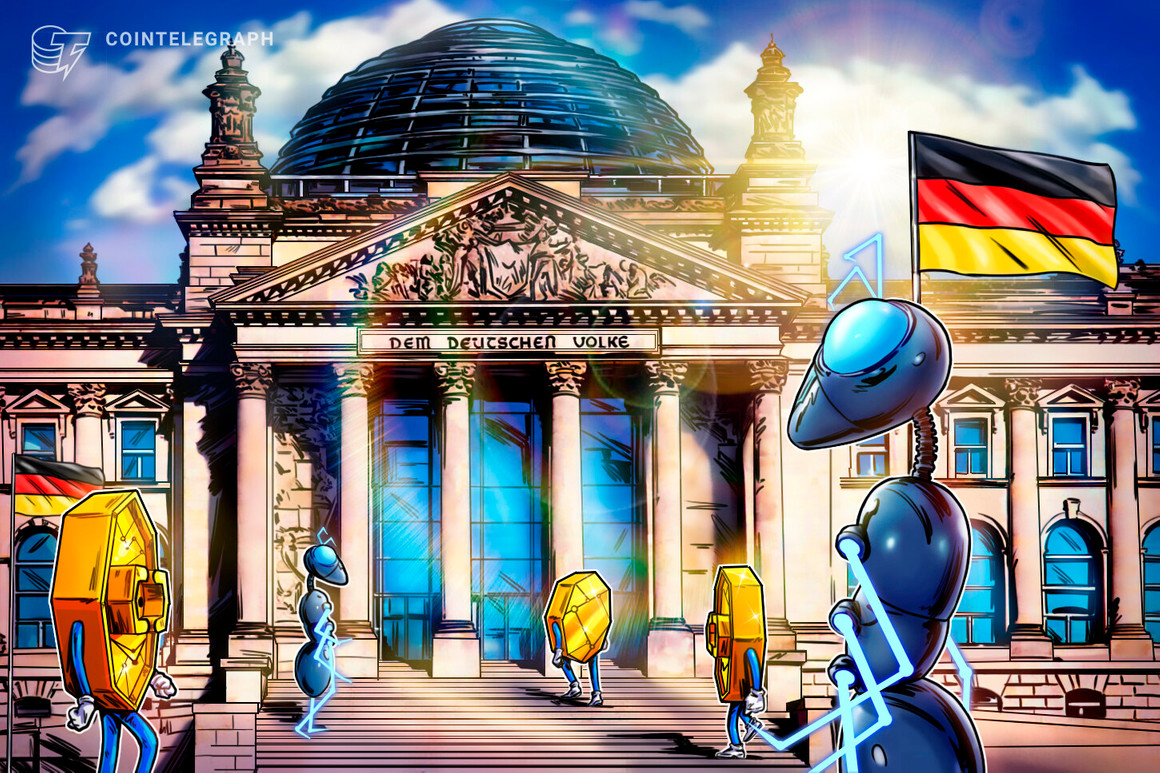 Germany rose to the top spot in Coincub’s guide to the most crypto-friendly countries in Q1 2022. The European country is allowing its domestic long-term savings industry to use crypto investments, backed by its policy of zero long-term capital gains tax. of crypto, and its number of Bitcoin and Ethereum nodes is second only in the United States.

In 2019, Germany was the first country to adopt a blockchain strategy to harness the potential of technology to advance digital transformation and to help make it an attractive hub for the development of blockchain, Web3 and metaverse in fintech, climatetech, business and government technology, including Germany’s digital identities project.

The German Savings Banks Association – a network of 400 savings banks in German-speaking countries – has started developing fintech blockchain applications to enable customers to buy and sell cryptocurrencies. Various companies such as Volkswagen, About You, SAP, BrainBot, and BigchainDB have developed NFT, Metaverse, Web3, govtech, and crypto payment applications which are widely used in e-commerce to purchase goods. Jacopo Visetti, advisor to C3 — a team of operators and investors who support companies working to reduce emissions — told me:

By the end of 2021, around 2.6% of Germans had used cryptocurrency. And according to a recent KuCoin report, 44% of Germans are motivated to invest in crypto.

German investors can get involved in crypto and blockchain through companies and platforms such as 1inch Exchange, Nuri, FinLab, Minespider, NAGA Group, Tangany, Coindex, CryptoTax, Upvest, Fiona, Blocksize Capital, USDX Wallet, Bitbond and the Iota Foundation, or they can shop on Sugartrends using Dash. As Mark Mason, Head of Communications and Business Relations at Dash, explained to me:

“Dash is an alternative cryptocurrency that offers financial freedom without borders. It accelerates financial inclusion by allowing people to use their phone as a bank account. It’s decentralized, permissionless, and censorship-resistant.

Related: What the SEC can learn from the German regulator

Germany is among the top 10 countries for crypto mining and is home to the largest mining company in the European Union, Northern Data, which is almost entirely powered by renewable energy. Crypto mining is taxable as a business.

Paycer, a Hamburg-based fintech startup specializing in cryptocurrencies and decentralized finance, is developing a bridge protocol that will bundle DeFi and crypto-chain services and combine them with traditional banking services.

Berlin-based fintech startup Forget Finance, meanwhile, focuses on motivating young people to save and invest in crypto using online coaching via a mix of AI bots and real financial experts.

According to a survey by Deutsche Bundesbank, the German central bank, the share of cash payments in point-of-sale transactions by German consumers has increased from 74% in 2017 to 60% in 2020. As a result, the Bundesbank is working on distributed ledger technology. asset settlements. Meanwhile, the European Central Bank plans to create a CBDC, dubbed the digital euro. Recent research commissioned by the ECB, based on discussions with panels of EU citizens, emphasizes security and universal acceptance as key concerns.

The Metaverse is the next wave of Web3, changing the way we interact, socialize, work, play video games, fund charities, buy and sell non-fungible tokens, and attend concerts, sporting events, and conferences. . In 2017, the ZKM Center for Art and Media in Karlsruhe acquired a number of NFTs, long before the 2021 craze, and it now exhibits works from its own collection and from private lenders on the “ZKM Cube” – a outdoor, public visible cube-shaped screen. Margit Rosen, Head of Collections, Archives and Research at ZKM, shared the details with me in an interview.

Since the start of the NFT craze, German sportswear company Adidas has partnered with Bored Ape Yacht Club and Prada for a climate-focused charity NFT art project on the Polygon blockchain to raise awareness. . In addition, the German car manufacturer Volkswagen has successfully launched an interactive NFT advertising campaign.

Brian Shuster, Founder and CEO of Utherverse, explained to me, “Utherverse has built and operated a global virtual online community where people can socialize in real time, attend events, and start a business, since 2005. Utherverse has combined the best of internet, gaming and virtual reality for the ultimate metaverse experience. For example, Secret City is a game developed by Utherverse Digital Inc., with 81% of its users in Germany. Having developed over 100 patents and patents pending for core internet and metaverse technologies, we are the undisputed leaders in metaverse architecture and the virtual reality economy. There’s a ton of noise surrounding the Metaverse, and frankly, most of the companies claiming to offer token properties and coins have dangerously underestimated the complexity of the task at hand. Almost every company that has tried to make a metaverse work has failed. The third generation of Utherverse and its utility token are expected to be unveiled in the second quarter of 2022.”

Related: Where Men Wanted, Women Did: Empowering Female Creators with NFTs and Crypto

Illegal use of crypto

Germany is a member of Europol’s Joint Cybercrime Action Taskforce, which combats transnational cybercrime. According to a 2022 Europol report:

“The use of this virtual currency for criminal activities and profit laundering has increased in recent years in terms of volume and sophistication. […] The criminal use of cryptocurrency is no longer limited to cybercrime activities, but now includes all types of crimes that require the transmission of monetary value.

After being warned, the German Federal Criminal Police Office, or Bundeskriminalamt, took down the servers of Hydra, the world’s largest illegal dark web market. Hydra has facilitated over $5 billion in Bitcoin (BTC) transactions since its launch. Germany’s move was followed by the US Treasury Department issuing sanctions against Hydra in a coordinated international effort to “disrupt the proliferation of malicious cybercrime services, dangerous drugs and other illegal offerings” available on the Russian-based site.

Related: The World In Sync On Russian Crypto Sanctions

Gurvais Grigg, director of public sector technology at Chainalysis, told me: “The takedown of Hydra is remarkable not only because it was the largest darknet market in operation, but also because it offered money laundering services that enabled the conversion of cryptocurrency into Russian rubles. .” He continued:

“In addition to the sanctions against Garantex as well as Suex and Chatex last year, government agencies are clearly targeting withdrawal points that cybercriminals use for ransomware, darknet market sales, scam and, potentially, the evasion of sanctions.”

Germany is one of the few countries in Europe that started regulating cryptocurrencies before the Regulation of European Union Crypto Asset Markets, or MiCA. According to Robin Matzke, a lawyer and blockchain expert who advised the German Bundestag, German crypto custody regulations require those controlling private keys on behalf of others and serving the German market to be licensed by the Authority. federal financial supervisor, they hold other similar licenses within the EU.

Related: European “MiCA” regulation on digital assets: where are we?

“The new draft regulations require significant changes to how current cryptocurrency transfers are made. This can be a huge challenge for decentralized crypto solutions that value anonymity as a core value and engage in peer-to-peer (P2P) and self-custody. Additionally, many projects might be prevented by their community from changing their solutions.

The views, thoughts and opinions expressed herein are those of the author alone and do not necessarily reflect or represent the views and opinions of Cointelegraph.

Selva OzelliEsq., CPA, is an international tax attorney and accountant who writes frequently on tax, legal and accounting matters for Tax Notes, Bloomberg BNA, other publications and the OECD.

Best and worst performing cryptocurrencies as of April 24, 2022