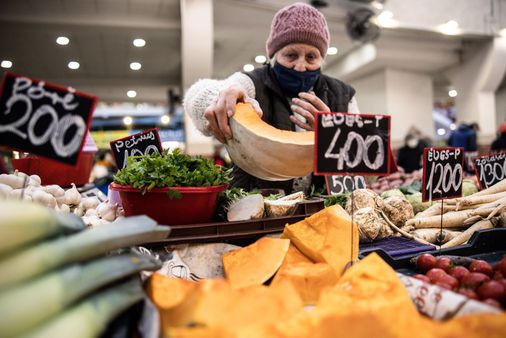 Inflation in 19 countries using the euro sets a record 5.8%

LONDON (AP) — Soaring energy costs have pushed inflation in Europe to a new high, raising questions about when the central bank should step in to ease the pain in people’s wallets as the invasion of Ukraine by Russia shakes the world economy.

Consumer prices in the 19 countries that use the euro rose 5.8% a year in February, the European Union’s statistics agency Eurostat reported on Wednesday.

Inflation broke the record 5.1% set last month – the fourth month in a row it has hit an all-time high – to reach the highest level since record-keeping for the euro began in 1997.

The latest figures underscore lingering pain for consumers across the continent and add pressure on the European Central Bank as it grapples with when to raise interest rates to ease high prices.

Inflation in Europe, as in other major economies, has been fueled by soaring energy prices, and the problem will be complicated by Russia’s invasion of Ukraine.

Russia, a major oil and gas producer, has been hit with sanctions and export curbs that have raised fears that supply could be cut off, although that has yet to materialize.

Before the dispute erupted, the head of the European Central Bank had said record inflation could persist “longer than expected” and appeared to open the door to at least an interest rate hike this year.

Energy costs rose even faster last month, up 31.7% from 28.8% in January, Eurostat said. On the other hand, the other categories recorded smaller gains. The cost of food increased by 4.1%, that of durable goods by 3% and that of services by 2.5%.

What is a UCC deposit and how does it affect my credit?