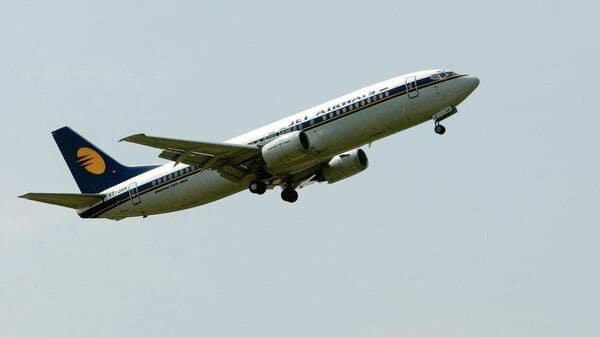 Jet Airways (India) Ltd is set to resume flights in the September quarter after more than three years after receiving the Air Operator’s Certificate (AOC) from the civil aviation regulator on Friday, in what is likely to intensify competition among Indian carriers hit hard by high fuel prices.

Jet Airways has received the AOC from the Direction Générale de l’Aviation Civile (DGCA). Founded by entrepreneur Naresh Goyal, the airline operated for around 25 years before closing in April 2019 amid a massive cash crunch. The carrier is now owned by a consortium made up of UAE-based businessman Murarilal Jalan and British investor Kalrock Capital.

In June 2021, the National Company Law Tribunal (NCLT) approved an insolvency resolution plan submitted by the Jalan-Kalrock consortium paving the way for the airline’s relaunch.

Jet Airways was the first airline to be revived through the NCLT-controlled bankruptcy process.

The new AOC received by Jet Airways is valid for one year, according to a copy of the certificate reviewed by Mint.

Jet Airways’ previous AOC under Goyal’s ownership was issued on February 13, 1995 and expired after the airline grounded in 2019.

“We are committed to making this an extraordinary achievement in Indian aviation and in Indian business,” said Jalan, the lead consortium member.

“We will not only meet the high expectations of the Jet Airways brand, but we will also exceed them in many ways for today’s discerning traveler,” he said.

“We are grateful to have been awarded the revalidated AOC, the culmination of months of effort by a fantastic and dedicated team who never wavered in their faith and belief that Jet Airways would fly again, backed by the consortium Jalan-Kalrock, by the resolution professional, and by the creditors’ committee who were also determined to see Jet fly again,” said Jet Airways chief executive Sanjiv Kapoor.

The airline’s return to the skies comes amid a recovery in travel demand.

However, airlines are facing a challenge with rising jet fuel prices, which account for up to 40% of an airline’s operating cost in India, and a weaker rupee.

The Jalan-Kalrock consortium has committed $180 million in seed funding for Jet Airways, including $120 million to fund the airline and $60 million to make NCLT settlements.

The airline will also use proceeds from the sale and leaseback of older aircraft to fund its operations. Jet Airways will lease planes to restart operations and place an order for modern, fuel-efficient planes in the near future, Kapoor said in an interview last month.

“Getting to scale quickly is important because it’s a very scale-driven business,” Kapoor said.

Compound Labs Inc is a leading digital technology company founded with the mission to create a more efficient and secure global financial system.