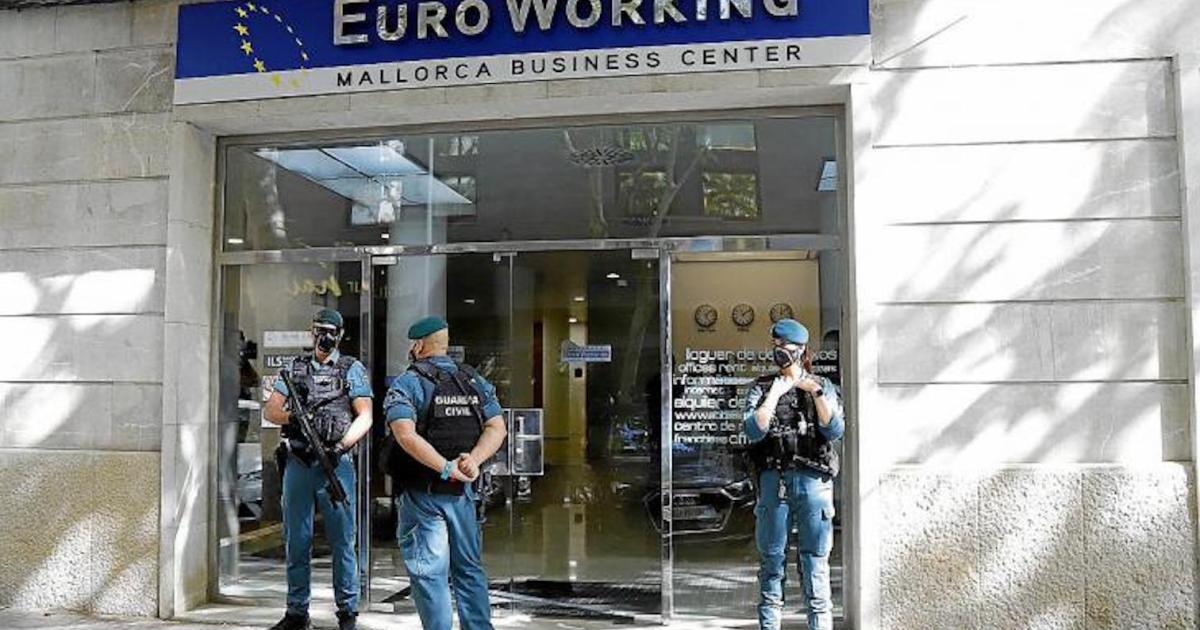 The money was then transferred to accounts in Turkey, where it would have been laundered and there would have been so much money moved that it could not be done through a single bank.

Earlier this week, 50 agents raided a number of homes and businesses in Palma and Calvià. At least a dozen people have been arrested and the suspects include a former national police officer, his wife and a lawyer.

The judicial police of the Guardia Civil and the German Polizei are also investigating the involvement of Bank director, who is a close friend of one of the suspects.

Investigators have been tapping phones and intercepting suspects’ emails for months.

The court cases were carried out in Simó Ballester Street in Palma, Georges Bernanos in Palma, Bella Vista in Santa Ponsa, Son Cotoner in Palma, Els Geranis in Cala Viñas, Punta Ballena in Magalluf and Llorenç Vicens in Palma.

Investigators discovered that on some of the bogus web pages, the CEO name and photo do not match and that investors were paying 100,000 to 500,000 euros for assets that did not really exist.

Swiss, German and Irish banks and the National Securities Market Commission had been warning of suspicious transfers for months.

Increase in international reserves is positive for Malaysia