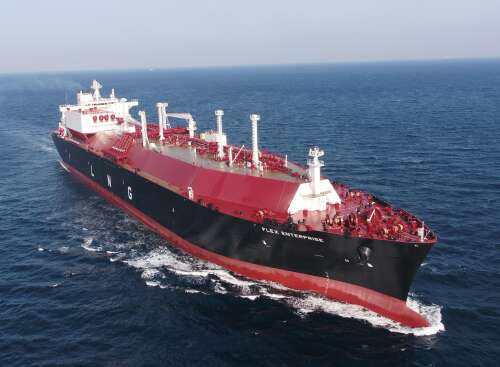 DHT said the pandemic is hampering its sailors and the ability to change crew at regular intervals and at convenient locations.

The company said: “The situation has improved but several areas still have restrictions affecting crew changes with transit and quarantine procedures, limiting the number of geographic options for executing crew changes.”

DHT said the near-term market outlook is affected by the Covid-19 situation in China and its lockdowns have delayed demand recovery.

He added: “This coincides with an inflationary environment, and in particular high oil and gas prices, weighing on some economic activities and oil demand.”

He added: “Trade disruptions are also changing the supply of refined petroleum products, supporting freight rates for tankers. This comes at a time when inventories of crude oil and refined products are low, perhaps suggesting that demand for raw materials and therefore crude oil transportation will improve in the not too distant future.

Sales are expected to generate a combined profit of approximately $12 million.

The company will repay outstanding debt on both vessels, approximately $13 million in total.

So far in the second quarter, 69% of available days for very large crude oil carriers have been booked at an average rate of $24,800 per day on a landfill-to-landload basis (not including potential splits profits on time charters).

The company sold three older ships for a total of $44 million.

The company said tanker spot rates were relatively low in the first two months of the year due to the impact of the Omicron variant Covid-19 on oil demand, a growth in oil supply lower than forecast due to temporary production stoppages and high crude oil prices. which resulted in increased bunker costs.

However, he added: “Russia’s invasion of Ukraine at the end of February caused tanker prices to spike, particularly in the Aframax and Suezmax sectors, due to trade disruptions and rerouting of cargo.

“Since then, the tanker market has shown significant rate volatility and higher tanker spot rates.

Flex LNG Ltd, the Bermuda-based liquefied natural gas transmission company, signed a $375 million term and revolving credit facility in the first quarter, with an accordion option to increase it by $125 million, secured by an additional vessel.

The facility will be secured by the Flex Ranger, Flex Rainbow and Flex Endeavor vessels, while Flex Enterprise is a candidate for the accordion option.

Last month, Flex Ranger and Flex Rainbow completed their refinancing with net cash provided to the company of $11.5 million.

Also in April, the company signed sale-leaseback agreements totaling $320 million for the refinancing of the existing facility for the Flex Constellation and Flex Courageous vessels.

The funding is expected to free up approximately $99.6 million for the company.

The Bermuda-based oil company said the vessel was named Nordic Harrier, which was the name of the first NAT vessel when the company listed on the New York Stock Exchange in 1995.

The vessel will begin a six-year contract with Asyad Shipping Company of the Sultanate of Oman.

NAT said: “The contract is generating profits and cash flow from the delivery of the site, creating financial stability and further anchoring in this important area.

“Another new construction from Samsung is coming at the end of June. This ship also has a six-year contract with the Sultanate of Oman.

“Our experience over many years is that everything is on schedule when the Samsung shipyard is involved.”