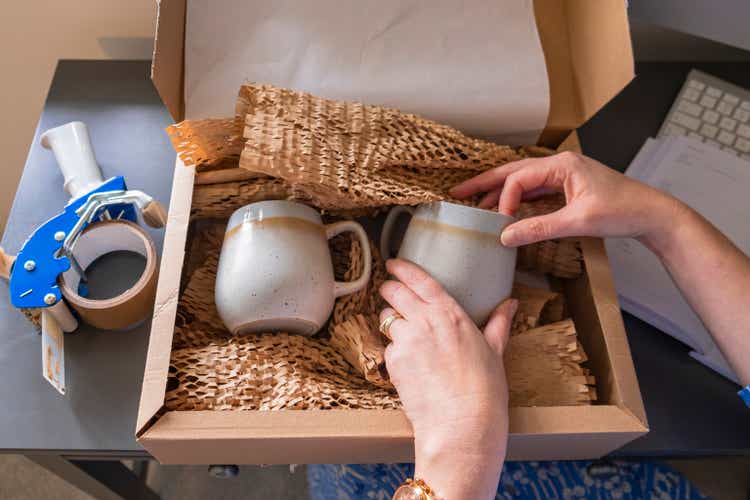 For many investors, the packaging industry may not seem to offer as many opportunities. It also might not be the most exciting space to invest in. However, the fact is that there is are a number of quality players in this space that have done well in recent years. A really solid but small operator that deserves investors’ attention is Ranpak Holdings (NYSE: PACK). The company’s revenues continue to grow and its bottom line has been generally positive. The company hit a low point in the first quarter of this year, but management expects revenue to continue to climb year on year. While it’s entirely possible that the company could hit a soft spot in the event of a broader economic downturn, stocks are cheap enough today, both on an absolute basis and relative to similar companies. to earn a long-term raise.

First and foremost, Ranpak Holdings positions itself as a packaging solutions provider. To better understand the company, however, we must first discuss its two main product lines. At the top of the list is what management calls its Protective Packaging Solutions (or PPS) business. Through this, the company provides a variety of products aimed at meeting the needs of e-commerce businesses and other transportation businesses. These products belong to three different categories.

One of them is called Void-Fill. And according to management, products in this category can be described as paper used to fill empty spaces in secondary packaging for the purpose of protecting the objects inside the packaging themselves. If you’ve ever ordered a set of glasses in the mail, you probably received them with folded brown paper filling the empty space in the box they came from so the glasses themselves wouldn’t move around unnecessarily. This is precisely what we are talking about here. In the company’s 2021 fiscal year, these products, sold under the FillPak brand, accounted for 40.2% of the company’s revenue.

The second category is called padding, and the company’s systems in this category convert paper into padding pads by crimping the paper to trap air between layers to protect items inside boxes from external shocks and vibrations during the shipping process. These products are sold under the PadPak brand and accounted for 42.4% of the company’s revenue in 2021. The company also has a category called Wrapping. Its systems here create pads or paper mesh to securely wrap and protect fragile items from shocks and surface damage incurred during the shipping and handling process. The company also uses these products to line boxes and provide separation when shipping multiple items. According to management, the brand names under which they are sold include WrapPak, Geami, and ReadyRoll. In the company’s 2021 fiscal year, these products accounted for just 13.5% of the company’s revenue.

What is interesting about this line of products is that the company sells real systems dedicated to transforming these packaging products from their basic components into the final product in question. For example, by the end of its 2021 fiscal year, the company had installed 78,000 FillPak units globally. It also had 35,000 PadPak units and 21,000 WrapPak units. Instead of just selling these products, the company prioritizes their continued ownership. Instead, it focuses on renting these out to its customers. Plus, naturally, it also generates revenue from the consumables used in the process.

There is another source of income for the company that deserves attention. And that’s what management calls its automation products. These are automated systems that help customers optimize their own shipping experience. For example, a device called Cut’it! EVO takes boxes and, using a sensor to detect the highest stacked item in the box, resizes the box so customers can use uniform box sizes, receive custom box sizes ready to go. be shipped and ship more boxes on one pallet accordingly. The company also offers other similar products focused on packaging handling. These devices are usually sold directly to its customers, while other devices that aim to help users automate the void-filling and box-closing processes are usually retained by the company and rented out. Unfortunately, this is a small part of the business, which accounted for just 3.9% of revenue last year. However, management has expressed interest in further developing this part of the business and has made major investments in this vein.

Although Ranpak Holdings has a long operating history, it is best to view the company through the prism of its performance over the past three years. Indeed, in 2018 the company agreed to combine with One Madison and such a combination calls into question year-over-year comparability issues. However, the performance data we have is quite impressive. Consider income. From 2019 to 2021, the company’s sales increased from $269.5 million to $383.9 million. Unfortunately, the company has struggled a bit so far this year. Management expressed disappointment when revenue for the last quarter was just $82.5 million. That’s actually down 5.9% from the $87.7 million generated in the same period a year earlier. Despite this bump in the road, management said revenue for the full fiscal year 2022 should be robust, with sales up 13% to 18% from what the company achieved last year. last year.

Ultimately, the situation was also generally favorable for the company from a cash flow perspective. Even though net income has been consistently negative for the company over the past few years, it saw its operating cash flow drop from $26.3 million in 2019 to $54.3 million last year. . If we correct for changes in working capital, cash flow would have gone from $25.7 million to $77.9 million. Meanwhile, EBITDA nearly doubled from $62.1 million to $117.8 million. For the current financial year, the company once again encountered an obstacle. In the last quarter, the company generated a net loss of $14.1 million. That compares to the net profit of $6.3 million recorded a year earlier. Cash flow from operations went from negative $12.5 million to $9.4 million. If we even adjust for changes in working capital, this metric would have gone from $22.3 million to $12.1 million. Meanwhile, EBITDA also suffered, falling from $28 million to $19.1 million. Despite these concerns, management is cautiously optimistic about the current year. They think EBITDA will range from 2.5% lower than it was last year to 6% higher than it was. Halfway through, that would see the metric jump to $120 million.

Using the data we have, it’s not too difficult to assess the company. If we assume that cash flow from operations will change at the same rate as EBITDA, then we should expect an adjusted cash flow from operations of $79.4 million. This would result in a price/adjusted operating cash flow multiple of 7.7. That’s down from the 7.9 reading we get using 2021 results. Meanwhile, the company’s EV/EBITDA multiple would come in at 7.8. That compares favorably to last year’s 7.9. To put that into perspective, I compared the company to five similar companies. On a price/operating cash flow basis, these companies ranged from a low of 4.8 to a high of 35.1. Only one of the five companies was cheaper than Ranpak Holdings. Using the EV to EBITDA approach instead, we end up with a range of 8.2 to 41.6. In this case, Ranpak Holdings was the cheapest of the bunch.

Based on the data provided, I believe Ranpak Holdings is a unique company that will likely continue to perform well over the long term. It will be interesting to see if management’s expectations for the year turn out to be accurate. Even though the company sees its financial condition weakening going forward, the stock price is low enough that I find it hard to believe that a significant drop could be on the table for investors. For this reason, I have decided to rate the company as a “buy” for the time being.