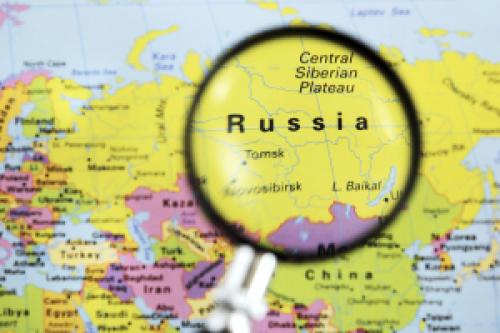 The EU has responded to the conflict in Ukraine with the following sanctions (listed by date, starting with the most recent):

March 15, 2022: The Council approved a fourth set of sanctions against Russia. The sanctions included a ban on transactions with certain state-owned enterprises and expanded the list of persons linked to Russia’s defense and industrial base, on whom stricter export restrictions are imposed on dual-use goods and goods and technologies, which could contribute to Russia’s technological improvement of its defense and security sector.

In addition, restrictions were imposed on new investments in the Russian energy sector, as well as a general restriction on exports of equipment, technologies and services for the energy industry in Russia, with the exception of the nuclear industry and the downstream sector of energy transport.

Sanctions have also been imposed (applicable from 15 April 2022) on the rating of Russia and Russian companies by EU credit rating agencies and the provision of rating services to Russian customers, leading to a further loss of access to EU financial markets. The Council also introduced new trade restrictions concerning iron and steel, as well as luxury goods, introducing the prohibition to sell, supply, transfer or export these products directly or indirectly.

The Council also approved a new set of sanctions under which key oligarchs (including Roman Abramovich and German Khan) and prominent businessmen in iron and steel, energy, banking, media, military and dual-use goods and services are added to the sanctions list. their assets being frozen and a travel ban imposed. Sanctions are also imposed on lobbyists and propagandists, as well as companies in the aviation, military/dual-use, shipbuilding and machine building sectors.

March 11, 2022: European Heads of State and Government announced, at the end of a meeting on March 10 in Versailles, to reiterate their support for Ukraine and confirm their desire to impose new sanctions targeting Russia and Belarus. In addition, the statement calls for funds to be made available “without delay” through the adoption of the Cohesion Action for Refugees in Europe (CARE) proposal and through ReactEU.

The statement also indicated support for Ukraine’s EU membership, noting that the Council also invited the European Commission to also submit its opinions on the candidatures of the Republic of Moldova and Georgia.

The leaders of the Group of Seven (G7) issued a statement reaffirming their commitment to sanctions against Russia and confirming efforts to reduce energy dependence on Russia by means, “[i]n in addition to the announced plans. Additionally, the statement said the G7 will work through its national processes to deny Russia most-favoured-nation status on certain products. In addition, the statement noted efforts to prevent Russia from obtaining funding from multilateral financial institutions, including the International Monetary Fund, the World Bank and the European Bank for Reconstruction and Development.

March 9, 2022: The Board approved the decision to deny access to SWIFT to three Belarusian banks and the prohibition of (i) transactions with the Belarusian Central Bank, (ii) the listing of Belarusian public entities on the platforms of EU trading from 12 April 2022, (iii) acceptance of deposits over €100,000 from Belarusian nationals or residents, and (iv) supply of euro banknotes in Belarus.

In addition, the Council introduced additional restrictive measures concerning the export of maritime navigation goods and radiocommunication technology to Russia. Under this decision, it will be prohibited to sell, supply, transfer or export, directly or indirectly, maritime navigation goods and technologies to any natural or legal person, entity or body in Russia, for use in Russia, or for placement on board a vessel flying the Russian flag.

The Board has also expanded the list of legal persons, entities and bodies subject to prohibitions relating to investment services, transferable securities, money market instruments and loans.

Finally, the Board clarified the notion of “transferable securities” in order to clearly include crypto-assets, and thus ensure the proper implementation of the sectoral restrictions in place.

The Council approved the decision to add 14 oligarchs and businessmen as well as 146 members of the Russian Federation Council to the EU sanctions list.

March 2, 2022: The Board approved the decision to ban access to SWIFT for certain Russian banks, banned participation in projects financed by the Russian Direct Investment Fund, banned the sale, supply, transfer or export euro banknotes to Russia.

In addition, the Council suspended the broadcasting activities of Sputnik and RT/Russia Today in the EU.

February 28, 2022: The Council of the EU (the Council) has approved the decision to close EU airspace to all aircraft owned, registered or controlled by Russia. Transactions with the Russian Central Bank were prohibited.

In addition, the Council approved the addition of 26 additional individuals and one additional entity with assets freeze and travel ban as part of the EU sanctions package.

February 27, 2022: European Commission President Ursula von der Leyen has announced the closure of EU airspace to all aircraft owned, registered or controlled by Russia. The banning of state companies RT/Russia Today and Sputnik, as well as their subsidiaries, was also decided.

February 26, 2022: The European Commission, France, Germany, Italy, the United Kingdom, Canada and the United States issued a joint announcement on the imposition of new targeted sanctions against Russia, including removing Russian banks of the SWIFT banking system and by imposing restrictive measures on the Russian central. Bank. Further coordination through a transatlantic working group was agreed.

February 25, 2022: EU foreign ministers have approved targeted sanctions on the finance, energy and transport sectors, dual-use goods, export control and financing, and visa policy. Bans on the export of oil refining technologies, aircraft, spare parts and equipment to Russian airlines as well as sensitive technologies have been included in the sanctions package. Russian President Putin and Foreign Minister Lavrov have also been the target of sanctions, with an asset freeze and a ban on travel to the EU.

February 24, 2022: EU Heads of State and Government have agreed on a series of sanctions

February 23, 2022: Existing EU sanctions have been extended to 351 members of the Russian Duma, 27 personalities and 52 entities. Sanctions include asset freezes, restricted access to financial markets and export bans on a range of products, including aluminium.

Additional US, UK and EU sanctions against Russia (March 2022)

US, UK and EU impose series of new targeted and territorial sanctions linked to Russia(February 2022)

Bitcoin miners want to recast themselves as eco-friendly