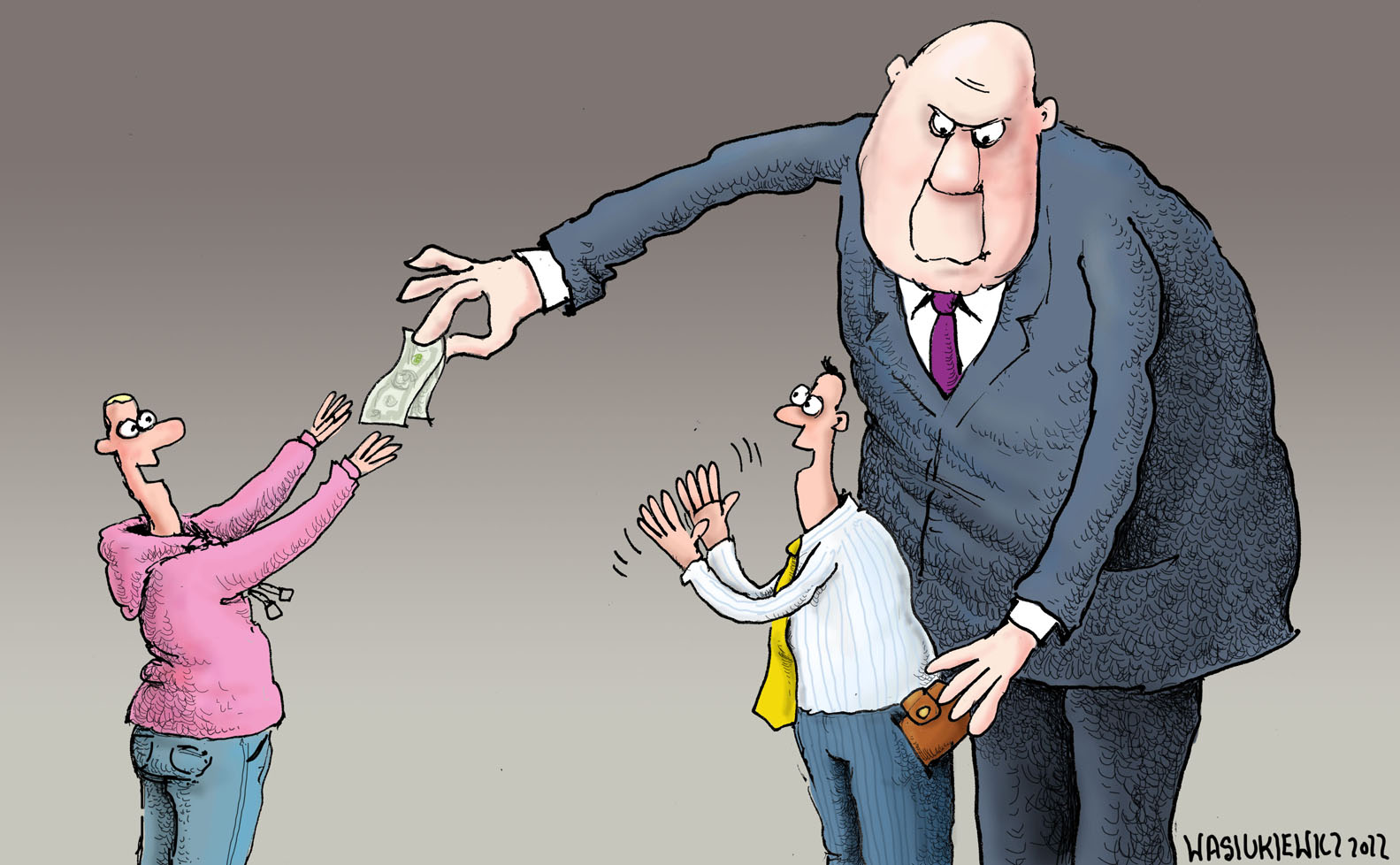 The link between inflation and corruption – GIS Reports

Current inflation levels are the result of progressive corruption in political systems.

Irresponsible fiscal policies by governments and monetary measures by central banks, in flagrant violation of statutory law, have long paved the way for inflation. These dangerous practices have taken place in democratic and authoritarian regimes all over the world. They are the result of populist tactics by politicians seeking the approval of their clientele.

The terrible consequence of all this is that political systems have bought voters with their own money. This form of corruption involves redistribution. A classic example of this is: taking money from Peter (the so-called rich) and giving it to Paul. Paul (the majority) is grateful and votes for those who give him money. However, it is Peter who invests in the economy, either by working harder or through savings, and so in such situations capital is taken out of the economy and economic activity is negatively affected to due to bad incentives.

Governments and administrations, whose function should be to provide services to citizens, have instead taken on the role of an authority figure who monitors and controls the population, all under the guise of benevolence. But more often than not, this “benevolence” comes down to buying votes in democracies or bolstering regime approval in autocracies.

Politicians have so far preferred to ignore or downplay the problem because the austerity measures needed to fix the problem would remove the tool to appease voters with cash.

Former British Prime Minister Margaret Thatcher once said that the problem with socialism is that “you end up running out of other people’s money”. And here we are now. Over the past 20 years, conservative and liberal parties joined social democrats in resorting to populism and began to implement socialist policies. And then, more recently, short-term politics began to dictate the actions of central banks. It started with measures like zero to negative interest rates and quantitative easing to release an unlimited flow of money. At the same time, some economists began to promote modern monetary theory, claiming that governments can incur unlimited debt without adverse consequences. These claims defy empirical economics and common sense – they are nothing more than a fraud.

Inflation was the unsurprising result. Asset inflation has been skyrocketing for a long time, but the trend has gone unnoticed as the focus is on consumer price indices (CPI). But suddenly, with supply chain issues, CPIs started rising rapidly in the US and Europe.

Inflation is a hidden tax. It affects all layers of society. This leads to misery and restlessness.

This is a problem that must be solved. Politicians have so far preferred to ignore or downplay the problem because the austerity measures needed to fix the problem would remove the tool to appease voters with cash. But this money is not a gift from a “benevolent government”, it is capital that is being diverted from others.

In the United States, the Federal Reserve has at least recognized the problem and is starting to tighten the money supply. Six months ago, the European Central Bank (ECB) said inflation would be kept within the desired 2% range. Today, CPI inflation in the Eurozone exceeds 5%. Christine Lagarde, President of the ECB and main guardian of the stability of the euro, tries to lull the public by saying that this is a momentary phenomenon, caused by short-term supply chain problems . She argues that this will not trigger the wage-price spiral that normally drives inflation. But she hypocritically fails to mention the other underlying reasons for inflation, such as huge government deficits and irresponsible overspending. And wages will have to rise.

The situation calls for honesty and common sense. But they are in short supply.

Europe clings to its illusions and the public is deceived by governments and the Central Bank. The green economy, global warming and Covid relief have provided perfect excuses to continue this madness. Ms Lagarde may not realize what she is doing – her past experience is in politics, not central banking. She may be insufficiently familiar with the principles of monetary and fiscal policy, or too concerned with preserving the current configuration of political power, at least in the short term. After all, his own appointment was political. Suppose this is the crux of the matter – rather than a coordinated attempt to establish a centralized technocratic system that will undermine market efficiency and limit individual prosperity and freedom. But the end result remains the same. European democracies are on the way to complete political corruption. And the ECB is leading the way.