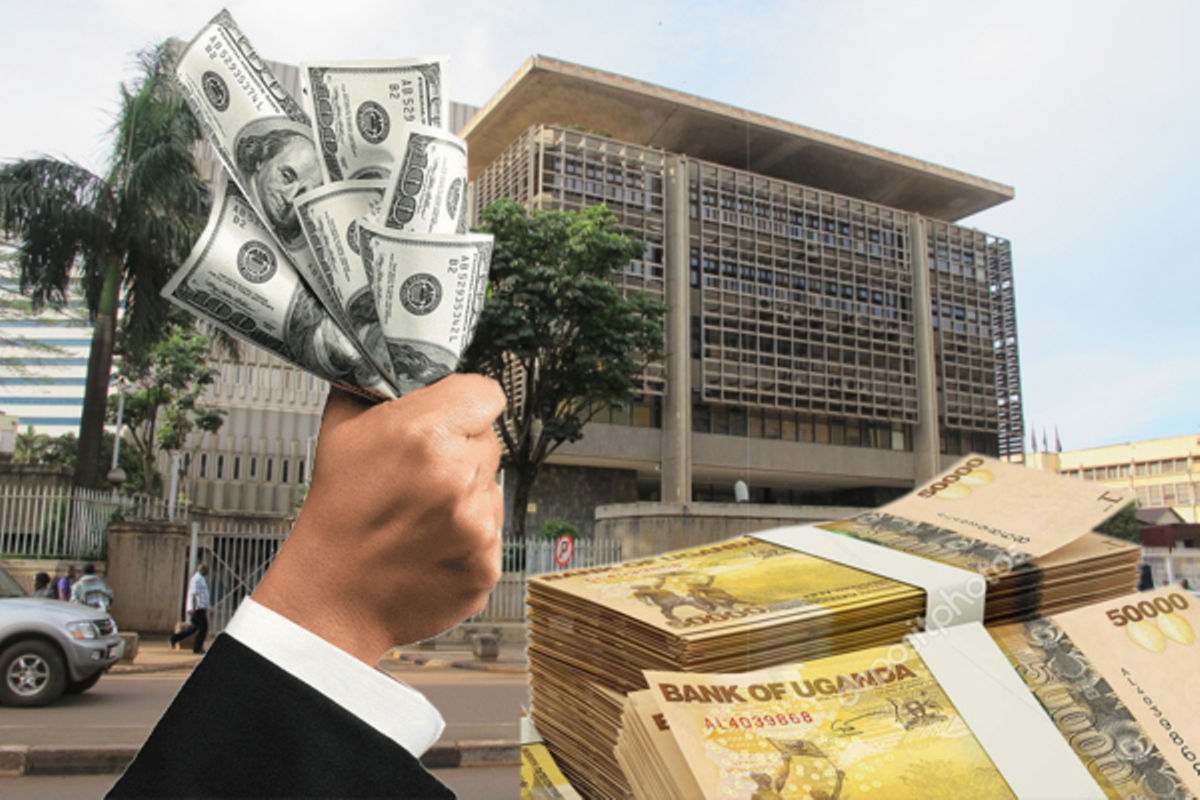 Money can be anything that can serve as a store of value, meaning people can save it and use it later.

When prices fall, it is called deflation. However, if there is more money in circulation but the same level of demand for goods, the value of money will fall. It’s inflation, when it takes more money to get the same amount of goods and services.

The impact of inflation may seem small, but over the years inflation can significantly erode the purchasing power of your savings.

The Executive Director of the Research Bank of Uganda, Dr Adam Mugume, says: “Money is a poor store of value. It is a good medium of exchange. The loss in value of the currency largely reflects the effect of inflation. If inflation averaged 2.2% in 2021, ideally, silver would lose value by the same magnitude.

“Therefore, the holding of cash should be minimized. Instead, you should hold money in an account that earns interest above inflation. Nearly 50% of deposits in banks are demand deposits which earn almost zero interest,” he said.

As the demand for a particular good or service increases, the available supply decreases. When fewer items are available, consumers are willing to pay more to obtain the item, as stated in the economic principle of supply and demand.

The idea of ​​saving money or spending it in multiple ways to support your long or short term goals is a bit difficult now.

The decreasing value of the shilling due to rising inflation could mean a halving in the value of cash. If the prices are rising, it means that the value of the currency has eroded and its purchasing power has fallen.

At the time, the value of the Ugandan shilling was strong. But since the start of the year, the cost of some goods and services has more than doubled. In an interview with Prosper, Mr. Amos Zabaali said that a Rolex used to cost 500 Shs but today it is 2,000 Shs.

“The price of almost all items has gone up. The price of a Rolex has more than doubled. The size of a Rolex (a Ugandan delicacy) has been reduced in size. This is how far we have gone and seen the Ugandan shilling lose value,” says Zabaali.

As mentioned earlier, money exists as a store of value. Employees exchange the value of their labor for a representative sum of money (in wages) and then exchange this representative value for other goods and services in the market.

A decline in purchasing power due to inflation reduces consumption, which hurts industries. Imports are also becoming more expensive.

The Executive Director of the Uganda Manufacturers Association (UMA), Mr. Daniel Birungi, says that when it comes to the loss of value of the shilling, the problem is largely macro in nature and is determined by a certain number of factors; for example, our dependence on imports, ever-changing interest rates and investor risk aversion, among others.

However, he quickly notes that to ensure that silver gains value, it is first necessary to reduce imports of articles, especially for sectors where the country has developed production capacities for finished articles and in sufficient quantities. .

“It would significantly reduce the import bill and have some control over the shilling value. We have championed the Buy Uganda Build Uganda (BUBU) policy to increase the market for our locally made products,” Mr. Birungi said.

It reveals that they have also engaged the Public Procurement and Asset Disposal Authority (PPDA) to increase the threshold for booking guidelines to include sectors that have increased capacity along their various supply chains. value.

Western Union Global Money Transfer states that currency hedging is the act of entering into a financial contract to protect against unexpected, expected or anticipated changes in exchange rates.

It is used by financial investors and companies to eliminate the risks they encounter when doing business internationally. Hedging can be likened to an insurance policy that limits the impact of exchange rate risk.

Due to unpredictable currency risks, some financial analysts advise people or companies to hedge against currencies.

Companies with significant currency risk hedge this risk on an ongoing basis in a variety of ways. They can hedge it directly with currency hedges such as futures or options, or they can set up production facilities in a local country to help mitigate currency issues, if the market is large enough.

From his point of view, Ms. Rachel Sebudde, Senior Economist at the World Bank, says that investing in currencies in a dollar is probably good on an individual level, but when you aggregate for the economy, it’s not good because it means you are draining or dollarizing your economy. and that you no longer invest in your own currency but put more pressure on the local currency.

She further adds that the more demand there is for dollars, the more pressure you will put on the national currency. This will further worsen the situation at the macro level for the country.

“Investing in the dollar at the individual level is your choice. You can decide to buy dollars or land or bonds and treasury bills,” she explains.

However, she quickly notes that investing in dollars is a more stable currency and you are sure that in terms of value it will always have more or the same value.

Besides hedging, there is currency peg. Currency anchoring occurs when a country pegs or pegs its exchange rate to another currency, or a basket of currencies, or another measure or value, such as gold. The peg is sometimes referred to as a fixed exchange rate. A currency peg is primarily used to provide currency stability by attacking its value, in a predetermined ratio, to a different, more stable currency. This has also been done in Uganda.

For more than 30 years now, there has been considerable diversity in the exchange rate regimes of developing and transition countries, ranging from pegged very strong currencies to relatively free floats and with many variations in between. This is not surprising given the great differences in economic and financial situation between these countries.

Over the past two decades, many developing countries have moved from fixed exchange rates (i.e., those that peg the national currency to one or more currencies) and moved to more flexible exchange rates (those that more or less determine the external value of a currency). less by market supply and demand). During rapid economic growth, driven by the twin forces of globalization and the liberalization of markets and trade, this seems to have served a number of countries well. Uganda has a floating exchange rate.

The floating exchange rate is mainly determined by the market. In countries that allow their exchange rates to float, central banks intervene (purchases or sales of foreign currency against local currency) to limit short-term fluctuations in exchange rates.