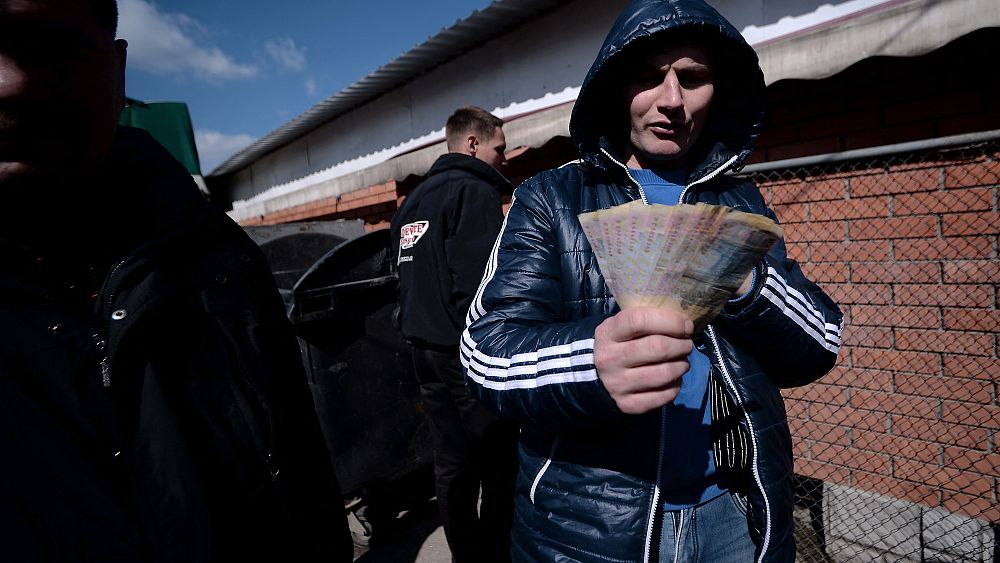 People fleeing the war in Ukraine would find it difficult to convert their Ukrainian money into the currency of the EU countries in which they have taken up residence.

Mbogné Saah Jules Bokade is just one of many refugees from the beleaguered country due to the Russian invasion, who discovers that nowhere will accept his hryvnia – Ukraine’s national currency.

“In Belgium, we don’t find any banks that accept Ukrainian money. I’ve been to many banks and haven’t found a solution,” Bokade told Euronews.

Many banks do not want to exchange the notes, as their convertibility is limited due to the war.

Bokade arrived in Belgium from Ukraine a few weeks ago with all his money in cash: a total of 40,300 hryvnias, or around €1,300.

“That money in Ukraine is worth a year. In Ukraine things are different and the salaries are really low,” Bokade said.

But the EU is now trying to resolve the difficulties. Two weeks ago, the European Commission proposed a recommendation on the conversion of hryvnia banknotes into the currency of the host member states.

The program will allow the exchange of the equivalent of €300 for a period of three months, an amount that critics say is not enough.

Austria, Hungary and Poland already have a similar scheme in place, but an EU-wide scheme is expected to be approved later this week.

According to the United Nations, more than 4 million Ukrainians have now fled the country and come to Europe.

Can gold or bitcoin replace the dollar as the world’s reserve currency?