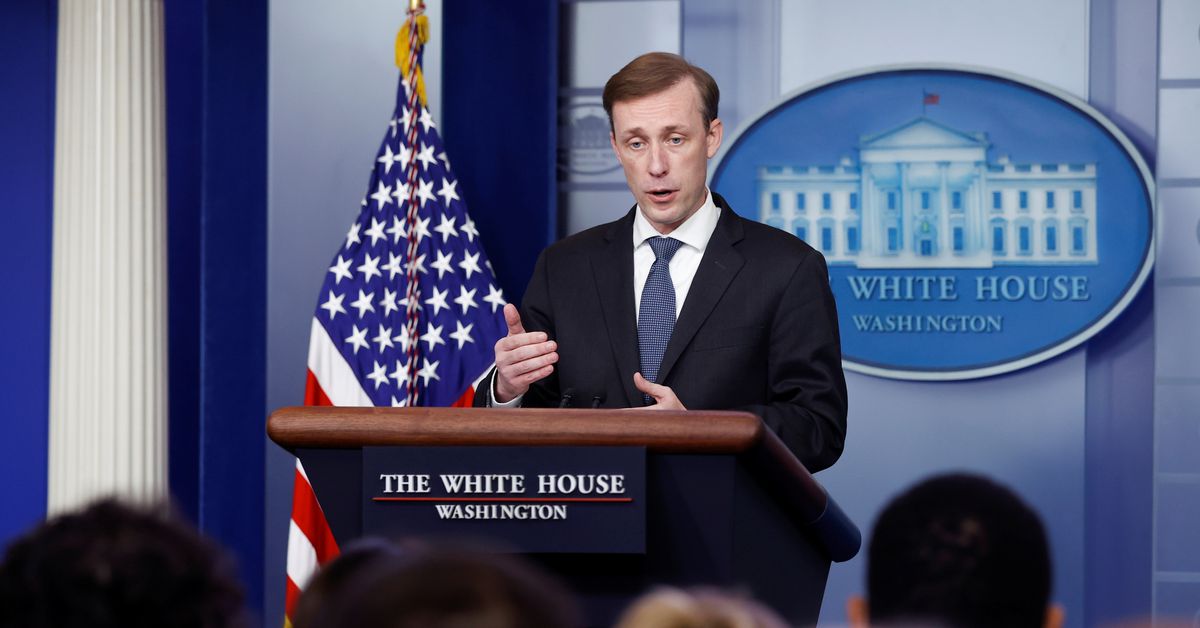 Sullivan told CBS’ “Face the Nation” that no U.S. citizens were injured in the attack and no U.S. facilities were harmed, but that the U.S. would do whatever it takes. necessary to defend their people, their interests and their allies.

“We are in consultation with the Iraqi government and the Iraqi Kurdistan government, in part to help them get the missile defense capabilities to be able to defend themselves in their cities,” Sullivan said.

The missiles targeted the US consulate among other sites, according to the Kurdish regional government.

Sullivan, in a later statement released by the White House, said the United States stood with Baghdad and regional governments in the face of threats from Tehran.

“We will support the Iraqi government to hold Iran accountable, and we will support our partners across the Middle East to deal with similar threats from Iran,” he said.

Asked about the impact on negotiations over a nuclear deal with Iran which are already at an impasse, Sullivan said: “The various negotiators are back at home in their capitals and we will have to see what happens in the coming days regarding diplomacy around the nuclear deal.”

“One thing I will say is that the only thing more dangerous than Iran armed with ballistic missiles and advanced military capabilities is an Iran that has all of those things and a nuclear weapon,” he said.

US forces stationed at the Erbil International Airport complex had previously come under fire from rockets and drones attacking Washington, blaming Iran-aligned militias, but no such attack has occurred for several years. month.

The Department of Defense referred all questions regarding Sullivan’s comments about missile defense capabilities to the State Department, which oversees security assistance agreements with other countries.

The State Department had no immediate comment on new security assistance programs for Iraq.