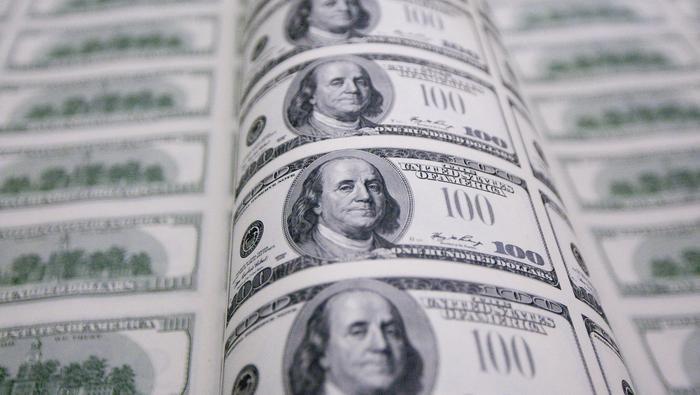 USD Fundamental Forecast for Q1 2022: The dollar’s Hawkish path is …

The US central bank announced a significant change in its monetary policy stance for the end of 2021, but the ultimate impact of the more hawkish stance hardly seemed to be felt for the dollar and risky assets in general. If we were to take the lack of direction of this systemically important shift at face value, it would be easy to interpret that another fundamental consideration is driving the greenback – or that we have simply disengaged from economic and financial currents. However, it would be myopic to believe that some of the most influential winds in the market no longer matter. Expectations bolstered by forward guidance certainly helped soften the shock of the latest news, but thin liquidity was arguably the most distorting aspect. As we move into 2022, markets will fill up again and the Fed will find itself near the hawkish end of the pack. So what price will the dollar follow in the new year?

As we enter a new trading year, we also appear to be moving into different waters when it comes to monetary policy. Although there are still some very notable doves among the major central banks (such as the European Central Bank and the Bank of Japan); the majority of them are tapering off, forecasting short-term rate hikes, or already raising their benchmarks. This backdrop is important because it gives context of relative value. If it was only the Federal Reserve poised to hike rates as other major peers were static or easing, would the greenback have a distinct carry advantage? This is, of course, a favorable tailwind as long as the appetite for post-pandemic risk continues unabated into the New Year. As it stands, some of the currencies that have enjoyed a carry advantage over the dollar in the past – including the British pound, New Zealand dollar and Canadian dollar – again hold a performance premium. current and forecasted, but this is also where the dollar gained ground more aggressively over the last two months of last year.

Forecasts carry more weight in future movements than current performance differences. This represents a greater downside risk for the US dollar in the first three months of the year. In the FOMC’s Dec. 15 rate decision, the policy statement announced the accelerated rate of cut ($ 30 billion per month) that would end QE by the end of March, while the summary of Economic Projections (SEP) raised expectations for rate hikes. in 2022 to three increases of 25 basis points. It’s slightly more aggressive than the market expected the central bank to adjust – from a single 25bp hike in September – so there may be a bit more upside on this fundamental dimension in the future. However, a further acceleration in rate forecasts is unlikely without representing alternative issues. If the Fed is increasing at a faster rate than three hikes over a 9 month period, considering that the first move comes after the tapering ends, it’s pretty aggressive with the state of economic uncertainty. Such a move would likely only come in an environment where other central banks rise under the same constraint of inflation, which would temper carry potential. Alternatively, if financial pressures intensify and the US central bank cuts its forecast, it would likely cause a significant loss of elevation for the greenback.

Add risk trends to the mix

There has been a change in the pace of monetary policy in the second half of 2022 for a reason: Inflation has proven to be more persistent than the authorities expected. While some view inflation only in what it means for central bank policy, it’s important to remember that there are very real economic implications. Rising costs of goods at the wholesale, corporate and consumer level are slowing economic activity. If the slowdown in the recovery is too sharp, it can easily worsen existing concerns in the market and the level of wealth in the markets as a whole, in turn causing the market to pull back. As a carry currency, the dollar has a lot of ground to lose following the dollar’s charge during the second half of last year. For those who have traded during more extreme market times, a bearish view of the US dollar during risk aversion may seem contrary to everything the textbooks suggest; but the greenback is more of a haven of last resort. If we slip into a â€œrisk freeâ€ period that encompasses the entire financial system, then the dollar can resort to its more rudimentary role. Otherwise, treat it as a risky asset.

External risks that are not anchored by the central bank

With the safe-haven status of the dollar in mind and a shift in focus from localized monetary policy, there are other questions dollar traders need to consider throughout the opening run. 2022. The complication of the impending US debt limit is a deadline that keeps on resetting. After another last-minute delay, the threat of an unthinkable US default has shifted to the first quarter of 2022. In all likelihood, the government will find enough support for another delay, but markets won’t. will never doubt this decision. More uncertain is the situation with the new wave of coronavirus. The omicron variant has seen a resurgence in infections on the coast as some countries across the ocean have already acted to shut down their economies to stop the spread. Will US officials ultimately be forced to follow a similar solution?

Legal warning: MENAFN provides the information “as is” without warranty of any kind. We accept no responsibility for the accuracy, content, images, videos, licenses, completeness, legality or reliability of the information contained in this article. If you have any complaints or copyright issues related to this item, please contact the supplier above.