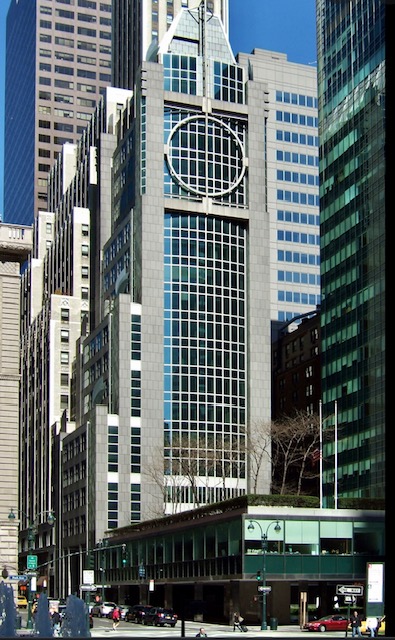 A joint venture between Bobby Zarit is ZG Capital and Rialto Capital Management signed a $105 million deal to acquire a soon-to-be-vacant building that housed Santander‘s in New York, marking a 12.5% ​​drop from the office tower’s last sale a decade ago.

ZG and Rialto signed an agreement last week to buy 45 East 53rd Street from MEK Management Services with plans to implement $60 million in capital upgrades. The 134,000 square foot Midtown East property will be open to new tenants after Santender exits this fall as part of the Spanish banking giant’s plan to consolidate its offices in the 160,000 square feet 437 Madison Avenue.

the New York Post first reported on the off-market deal, which is expected to close in 30 days.

Newmark arranged and sstructured the capital joint venture with a team led by Jordan Roschlaub, Dustin Stolly and Dan Fromm.

MEK Management Services bought 45 East 53rd for $120 million from Santander in 2012 under a sale-leaseback agreement. Santander opened the 20-story building in 1991 next to the famous Lever Housewhich is the subject of an investment of 100 million dollars renovation by the co-owners Brookfield Properties and WatermanClark.

ZG and Rialto JV are looking to upgrade the office asset with new amenities to attract full-floor boutique financial services tenants, sources told Commercial Observer. This is the first New York acquisition for Miami-based Rialto, which is led by Jay Mantz and Jeff Krasnoff.

Representatives for ZG Capital, Rialto, MEK and Newmark did not immediately return requests for comment.

Andrew Coen can be reached at [email protected]